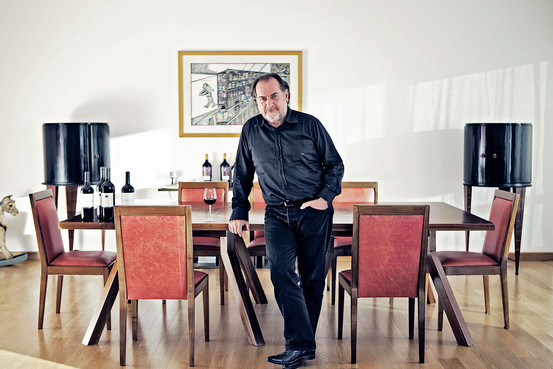 WHEN MICHEL ROLLAND was named the winemaking consultant to France’s Château Figeac two months ago, a great protest was registered in certain wine-drinking circles. The St. Émilion grand cru would be ruined; the wine would be “Rolland-ized,” opined drinkers posting on a popular discussion board. One reader even declared that the move was “a disaster for all fans of Figeac.” The impassioned discussion ran to seven pages and lasted two weeks. Who would guess that a winemaking consultant—even the world’s most famous one—had the power to provoke such an outpouring of passion, not to mention a purported ability to destroy a Bordeaux estate?

Winemaking consultants range from professionals who might offer a word of advice on the final blend to those who are involved in every phase of the winemaking—from the vineyard to the bottling line. While consultants have been employed for decades, the profession has lately been the subject of much debate: Do consultants actually help elevate the wines of an individual estate, or do they simply stamp out the same wine over and over again? For example, to members of that particular discussion board, a “Michel Rolland wine” was shorthand for an “overripe, over-extracted, high-alcohol” product. But was that fair? I contacted some prominent winemaking consultants—starting with Mr. Rolland—to hear what they had to say.

Oenofile: A Selection of Wines by Top Consultants 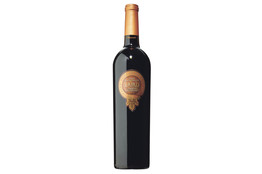 Mr. Rolland has around 200 clients all over the world, in his native Bordeaux as well as Argentina, Chile, California and far beyond (he even has a project in Bulgaria). Mr. Rolland, who spoke to me from Argentina, declined to divulge his exact number of clients, comparing himself to a priest who wouldn’t “talk about how many people he sees in confession.” (A charming if rather odd analogy; priests don’t take money for confessions, after all.)

What did Mr. Rolland think of the critics who talked of his “ruin” of Figeac or alleged that he turned out one wine after the other that tasted the same? Mr. Rolland laughed. “That is ridiculous. To compare Le Bon Pasteur to L’Évangile is ridiculous,” he replied, citing two famous Bordeaux estates, one of which he owns.

Mr. Rolland noted that he has been making wine—quite successfully—for more than 40 years, and he questioned his critics’ relative experience. “How can someone say that all of my wines are alike? They need to learn how to taste,” he declared.

As to turning out wines that were “big and ripe and alcoholic,” Mr. Rolland cited a tasting of Bordeaux put together about six or seven years ago for an English journalist. The wines, among them one made by Mr. Rolland and another made by consultant Stéphane Derenoncourt, were served blind. The wine that was “big and strong with woody tannins” was declared “definitely” the Rolland wine—but it was the Derenoncourt. A wine deemed elegant was “definitely” not Rolland—ah, but it was. Mr. Rolland laughed again. 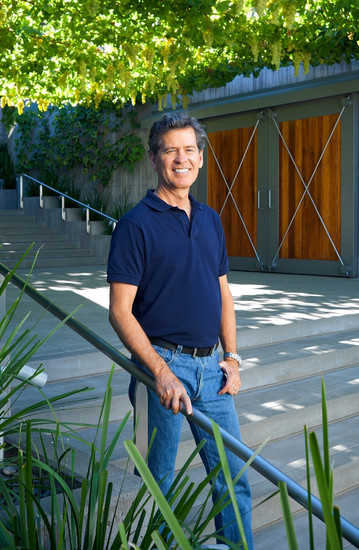 There are few specialists who can match Mr. Rolland’s comprehensive global approach, save perhaps for American consultant Paul Hobbs, who has his own wineries in California and Argentina and clients in those places as well as in Chile, Uruguay, Ontario and even Armenia. He said he now consults for 35 to 40 clients. Did Mr. Hobbs have a “Paul Hobbs model” of wine? I asked. “I hope not,” said Mr. Hobbs. “I want to make a wine that makes sense for the client and the region.”

Mr. Hobbs, who was on his way to visit a potential client in Virginia when we spoke, has small winemaking teams in California’s Sonoma County and Mendoza, Argentina, and an assistant winemaker, Julian Gonzalez, who accompanies him overseas from time to time. Mr. Hobbs’s focus is always the vineyard—and that’s where he spends most of his time. “I make four visits [a year] to every client—except Europe, where I visit three times a year,” he said. Beyond that, Mr. Hobbs is willing to “jump on a plane” to visit a client, even if it’s just for one day and even if the client is located in France.

If some wine drinkers are critical of wines produced by consultants, aspiring young winemakers hold them in high regard. According to Napa-based winemaking consultant Aaron Pott, whenever he talks to students at the oenology school of the University of California, Davis, “I meet a kid who wants to be Michel Rolland.”

Mr. Pott consults to 10 Napa estates and also makes his own wine. He said he believes that one of the chief benefits of hiring a winemaking consultant is having someone with wide-ranging experience—especially when circumstances are dire. For example, Mr. Pott said his years of working in Europe enabled him to know what to do during the cold, rainy 2011 vintage in California’s Napa Valley. “Consultants who had that kind of experience were able to make good wines in Napa in 2011,” Mr. Potts asserted. “That’s when consultants pay off.”

Philippe Melka, a Bordeaux native turned Napa winemaking consultant, told me that “extreme involvement” with clients is a hallmark of his work. That’s one of the reasons he doesn’t really work outside Napa (and he also likes to go home at night). He has one client in Sonoma and one Washington state, but the rest are in Napa. How many was that? “Between 16 and 20. I’m trying not to know so I don’t panic,” he said.

There are weaknesses to the consulting profession, Mr. Melka conceded, but mostly they have to do with “the level of service” and lack of information made available to clients. Too many winery owners are left in the dark about the day-to-day realities of winemaking. Mr. Melka created a comprehensive database that his clients can use to find out the exact dates of harvest or blending, or the type of barrels purchased. He even hired a full-time data-entry employee.

A winemaking consultant also needs to know how to talk to his clients, said Mr. Melka, and to “understand the personality of the owner and incorporate it into the wine.” David Ramey, a Healdsburg, Calif.-based winemaker and winemaking consultant, compared it to an architect-client relationship. “One is paying the architect for their inspiration but one also [ideally] has an idea of what one wants,” he said.

Off Duty’s Half Full

How much does it cost to hire one of these consultants to interpret an idea or a vision? No one wanted to give exact numbers, and there is quite a range, but Mr. Rolland’s annual retainer can run as high as $100,000 or even $250,000 a year. However, he noted he has clients for whom he works for free. “Those are all the pretty women,” joked Mr. Pott when I told him this. (Mr. Pott and Mr. Rolland are working together on a project in Napa.) Mr. Pott charges a retainer of $10,000 a month, while Mr. Melka’s fees average $8,000 a month.
Winemaking consultants have been known to receive bonuses if their wines receive high scores from critics, though Mr. Melka said that doesn’t really happen anymore. In fact, he has only one longtime client who still pays him a bonus. What was the minimum score? “Ninety-two,” replied Mr. Melka. “But today, it would probably be at least 95.”
How much power does a winemaking consultant actually possess? Certainly all of these consultants have earned some impressively high scores. And they’re all paid very well for their work. But a wine consultant’s power and influence is ultimately determined by the wine drinker—and how much he or she enjoys the wine in the glass.

See wine videos and more from Off Duty at youtube.com/wsj.com. Email Lettie atwine@wsj.com.

Before joining The Wall Street Journal in 2010, Lettie Teague was the executive wine editor at Food & Wine magazine, where she wrote the monthly column Wine Matters. She received the James Beard Foundation’s M.F.K. Fisher Distinguished Writing Award in 2003, won a 2005 James Beard Award for magazine columns and a 2012 James Beard Award for this On Wine column. She is the author of “Educating Peter: How Anybody Can Become an (Almost) Instant Wine Expert” published by Scribner in 2007, and the illustrator and co-author of “Fear of Wine: An Introductory Guide to the Grape,” published by Bantam in 1995.